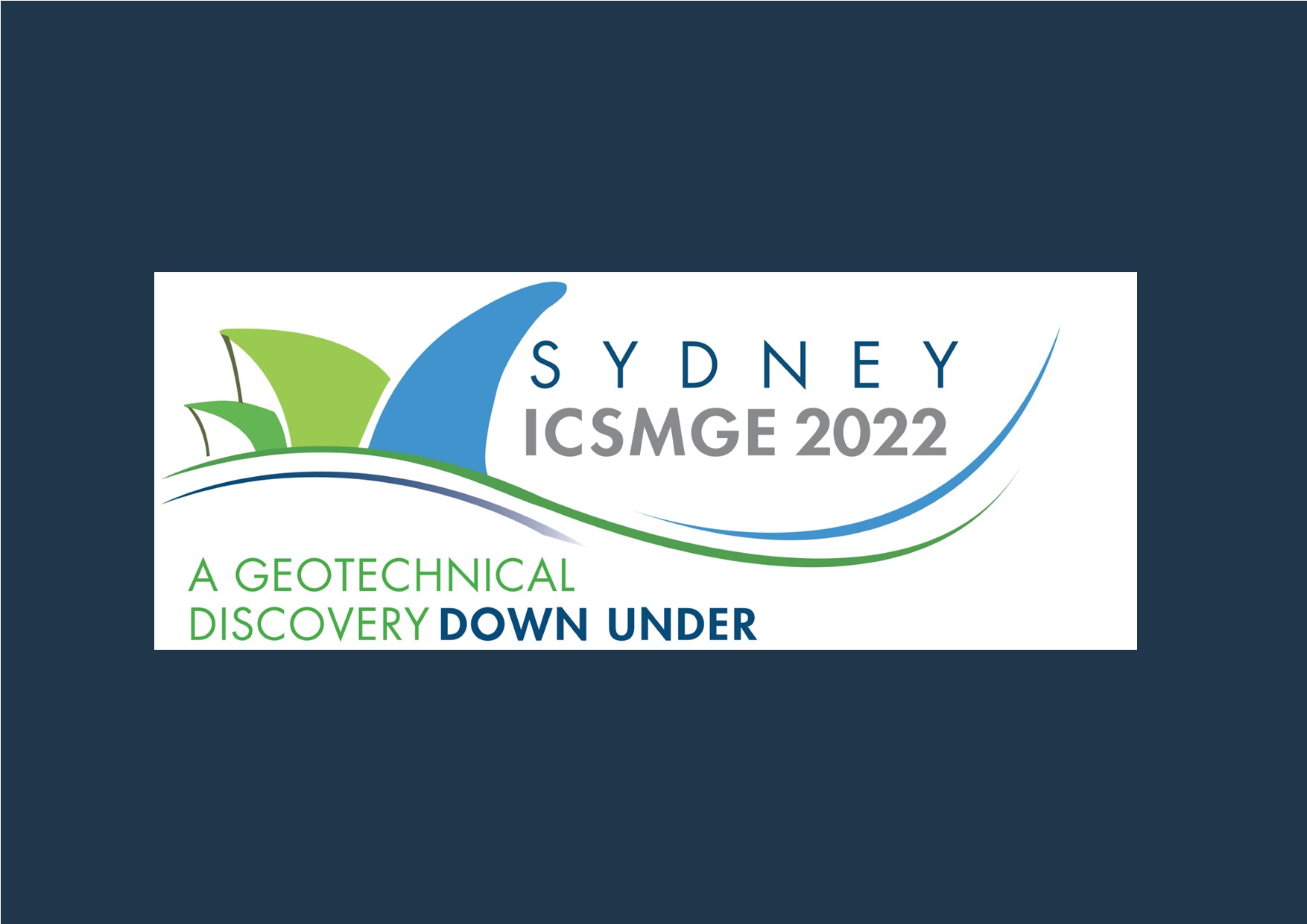 This conference is organised every four years and is the peak conference in geotechnical engineering and rock mechanics internationally. ICSMGE 2022 was a hybrid Conference hosted by the Australian Geomechanics Society (AGS), from 1 – 5 May at the International Convention Centre Sydney.

One of the Conference highlights was the outstanding content presented in State of the Art (SoA) Lectures by invited world experts on their particular topic, including Biomediated bioinspired Geotechnics, Earthquake Geotechnical Engineering, Energy, Environmental Geotechnics, Unsaturated Soils, Tailings Dams and Transportation Geotechnics.

‘It was a major honour to present the SOA in this gathering,’ Professor Khalili said, ‘Someone said it is like receiving a gold medal in the Olympics!’

Professor Khalili’s publications are prolific, awarded, often cited and highly regarded, particularly his work in unsaturated soil mechanics and computational geo-mechanics. He has an international reputation for innovation and setting industry standards.

Professor Khalili is credited with the development of the first thermodynamically consistent framework for constitutive modelling of unsaturated porous media. Similarly, his research into the mechanics of double porosity media has set an international benchmark in numerical modelling of fractured porous media.

Nasser is regularly invited to speak at conferences, deliver specialised workshops for practicing engineers and consults widely on engineering matters within his area of expertise, maintaining vital ties with industry, other academic institutions, peak bodies and government. He sits on three international editorial boards and has been a visiting or honorary academic in China, France, the UK, USA and Canada.

He has been honoured for his consistent and excellent contributions to the fields of computational geomechanics, as his 2018 election to the ARC College of Experts confirms.  Nasser has received over $10 million in research funding from the Australia Research Council in the last decade. He is Director of the ARC Industry Transformation Research Hub for Resilient and Intelligent Infrastructure Systems (RIIS) in Urban, Resources and Energy Sectors.

His co-presenter in Unsaturated Soils was Professor Enrique Romero, Director of Research and Head of the Geotechnical Laboratory in the Department of Civil and Environmental Engineering at the Universitat Politècnica de Catalunya (Spain), and Full Research Professor in the Geomechanics Group at CIMNE (Spain).

Romero’s research is mainly focused on multi-physics and multi-scale studies of geomaterials. He is the author or co-author of 300+ scientific papers, a member of editorial boards of several international journals, and co-editor of the books ‘Advanced Experimental Unsaturated Soil Mechanics’ (2005) and ‘Laboratory and Field Testing of Unsaturated Soils’ (2009).

Professors Khalili and Romero received a certificate of presentation from ICSMGE2022, from the Session Chair, Jean-Louis Briaud, Distinguished Professor of Civil Engineering at Texas A&M University.

ICSMGE 2022 focused on the application of theory and the discovery that comes when world-class minds are focussed on the geotechnical problems facing our world. Conference program and technical sessions reflected this emphasis on applications, and were designed to trigger collaboration, innovation and discovery from a diverse group of participants.

The Conference had a Covid-era hybrid model – with in-person attendance and live and recorded streaming of the lectures and presentations. The written Proceeding of this Conference will be made available in due course on-line at the ICSMGE Web site, in line with their policy of open access.

No comments to show.